Run for your life and pick up treasure as you go 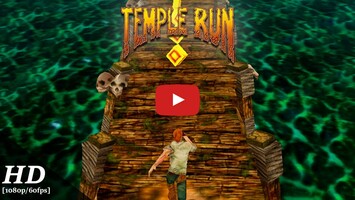 Advertisement
Temple Run is an action game with a platform similar to the subgenre of “Endless Runners” in which you will have to run while dodging all kinds of obstacles that you will find in your path, which won’t necessarily be few.

In comparison to other similar games in which your controls are limited to jumping in a 2D perspective to dodge obstacles, in Temple Run you will have to do many moves: slide your finger across the screen to make your character turn corners, lean the Android device from one side to another for him to run along the left or the right side, slide upwards to make him jump, do the same downwards to make him slide on the ground.

As you run while avoiding all types of obstacles, including holes in the ground, tree branches and fire traps, you will have to collect the most amount of coins possible. This is especially important because you can buy many upgrades for your character with them, like magic and special skills, as well as new characters and some other prizes here and there.

The game’s graphics are marvelous, containing very well done 3D models and textures that, in general, are very well executed. Additionally, the design isn’t bad which makes looking at the screen very enjoyable.

Temple Run is a super fun game that fits perfectly with the Android device’s controls. Everything is a delight—it’s only setback, just to name one, is that it is overly addictive and will possibly keep you glued to your cell phone’s screen for hours and hours.
Reviewed by Andrés López Translated by Alexander Aldrich
Advertisement

downloaded the game wants to update

Dec 23th, 2013 The most downloaded Android games on Uptodown in 2013
Advertisement

Geometry Dash
A platformer to play with just one button
Red Ball 4
A platformer starring a red ball
Sonic the Hedgehog
The classic. The first. The best.
Vector
Parkour's most spectacular chases
Danger Dash
Don´t stop running and avoid the tigers
Super Mario 2 HD
Amazing fangame based on the Nintendo hero
Sonic Forces
The Sonic characters battle it out online
Sonic Dash 2: Sonic Boom
Put on your sneakers again with Sonic